In 2012 the RNLI underwent a large-scale business process review. The idea was twofold; to make efficiency savings in the organisation and to put the supporter at the heart of their fundraising activities. Before 2012, the RNLI traditionally structured fundraising efforts around their products and subsequently operated in product or departmental silos. For example, the supporter acquisition team were separate to the regular giving team, who were separate from the lottery team and so forth.

RNLI staff focussed on their team’s targets at the expense of the supporter. This led to two eventualities; either the best supporters were marketed to by all teams and thus created over-marketing, or certain supporters would be ring-fenced against certain products at the expense of other teams who may in fact offer a more suitable product to a supporter. In essence it meant the transactional approach to fundraising focussed on getting a donation now without considering the long-term effects of that appeal.

Knowledge on supporters was either departmentalised or focussed only on one element of the relationship with a supporter. For example, the research team understood supporter profiles and motivations and the insight team understood supporter behaviour for individual appeals but very rarely did this knowledge come together. This concentration on recency and frequency also meant supporters could quickly lapse out of the selection model. Coupled with ring-fenced activities, it meant supporters were not provided alternative forms of support and once lapsed, had little chance of ever being considered for future campaigns.

The solution started with a piece of insight driven from FastStats and the new single supporter view (SSV). Working with Qbase, the RNLI started to measure and score supporter engagement. A scorecard model was devised that measured all the touch-points and response from a supporter. This was more than transactional measures of products and donation levels, it measured online interaction, open rates of emails, volunteering, attendance at events, depth of information held on a supporter and their tenure and history. 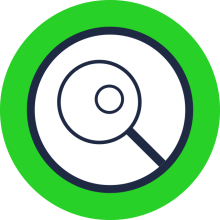 The RNLI now had a measure of supporter behaviour, a progression framework for supporter journeys and a basic understanding of who they were speaking to, but again, there was still a belief that there was a missing piece of the jigsaw and that was more in depth behaviour and motivations. The Insight team therefore engaged with the research team to produce sample selections from each of the 30 segments. They provided profile reports against the make-up of each segment and headline details of the breakdown of how they supported the RNLI. The research team were then asked to carry out primary research with these supporters about what made them tick, why did they support the RNLI, what would make them become more engaged and from this persona’s were built. The persona reports were carried out at 2 levels, an overall cluster level and then at a more detailed cluster by life stage segment. This extensive piece of work revolutionised RNLI’s understanding of their supporters. Now the RNLI had a full insight tool-kit to take to the marketing department. They could segment supporters based on engagement, behaviour and value and provide a description of what they looked like and what their motivations for supporting the charity were. They could provide journey paths where they wanted to take supporters and they could provide a profile breakdown of the products consumed in each cluster.

The impact on the business

The RNLI completed an entire restructure of the fundraising, insight, research data, marketing and fundraising teams. This new structure looks at facilitating a supporter journey rather than forcing a supporter down a particular path. Clusters segmentation was first tested for the Christmas Appeal 2012 and delivered a 6% increase in response and income despite a 10% reduction in the campaign circulation which saved the RNLI £25,000. The appeal used the personas developed from the segments to create personalised and relevant content that was different to each target segment. It also concentrated on the channels that were relevant and used by each segment and used decision tree models to make selections within each segment. Following this success, Clusters segmentation was expanded for the summer campaign and delivered staggering results. The campaign allowed more supporters to be included with a greater execution of personalisation and messaging based on the segment profile and in doing so they delivered results of an increase of 53.5% in responders on the previous year which equated to a £285,756 increase in donations, a 9.28% response rate and a slight increase of 2.2% on average gift value.

53.3% increase in income on the first campaign.

Comprising of data analysis and research linked with Insight managers.

The clusters segmentation delivered a 6% increase in response and income despite a 10% reduction in campaign circulation.